Welcome to the latest edition of State Trustees Australia Foundation newsletter.
In this edition you can read about:

World Elder Abuse Awareness Day (WEAAD) is commemorated each year on 15 June and acts as an international day to openly condemn the abuse of older people. State Trustees Australia Foundation is committed to building awareness of this important community issue and funding elder abuse prevention and response programs. This includes helping charities that address ageism and work with older Australians to participate fully in economic, social and family life.

In 2016, NARI received an initial grant from the Foundation for a project that sought to identify the best elder abuse screening tool for organisations to use. Through the study, NARI identified that there is currently no suitable screening tool which led to the development of the AUSI. A Victorian-first, this tool aims to identify cases of elder abuse and provide appropriate referrals. The tool will be tested and refined through a co-design process with St Vincent’s Hospital.

State Trustees Australia Foundation has a focus on helping those disadvantaged by ageing, disability and mental health. This extends to our Medical Research grants program which focuses on dementia care research.

Monash University has received over $65,000 in funding towards research into the treatment of cognitive impairment in mild to moderate Alzheimer’s Disease through the State Trustees Australia Foundation. The project will complete the first-ever double-blind placebo-controlled randomised trial of Theta Burst Stimulation (TBS), which is a form of magnetic brain stimulation that has shown to modulate brain activity and improve cognitive performance. 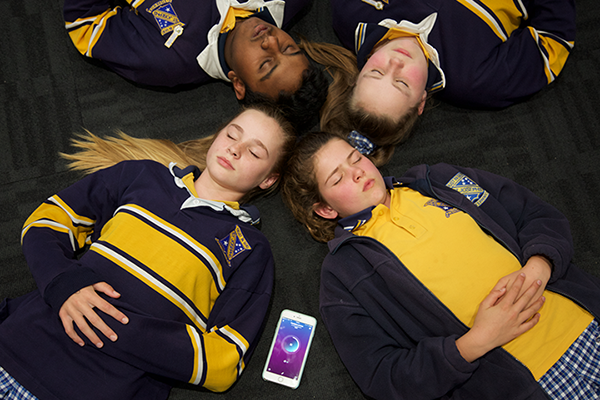 Smiling Mind recently published Evidence based guidelines for mindfulness in schools: A guide for teachers and school leaders. This easy-to-read resource aims to help teachers incorporate mindfulness as a way of supporting emotional wellbeing of students. The guide provides background information and evidence that makes the case for mindfulness as well as implementation tools. The resource is a response to the high rates of mental illness in young people:

The development of the guide was funded by the State Trustees Australia Foundation in April 2017.

John Burge passed away in August 1941, aged 27, at the Lister Hospital in Townsville, Queensland. Through his will, a trust was established to assist sufferers of tuberculosis.

While tuberculosis is thought of by many as a historical disease, for millions of people in the developing world it is still very much a key health problem and one of the top 10 causes of deaths globally. According to the World Health Organisation, in 2016 there were 1.7 million deaths from the disease, despite it being treatable and curable. The World Health Organisation End TB Strategy (2014) has set global targets to reduce deaths by 90% and cut new cases by 80% over the fifteen years to 2030.

In 2018, the John Burge Trust Fund provided funding to the Burnet Institute to pilot and evaluate a family-based TB care and prevention model in Papua New Guinea, in collaboration with Port Moresby General Hospital. Funding was also provided by the John Burge Trust Fund to Murdoch Children’s Research Institute to implement a screening and management model for household contact of multidrug-resistant tuberculosis cases in Mongolia.

State Trustees is the trustee of the John Burge Trust Fund, which has distributed more than $2 million since its inception.