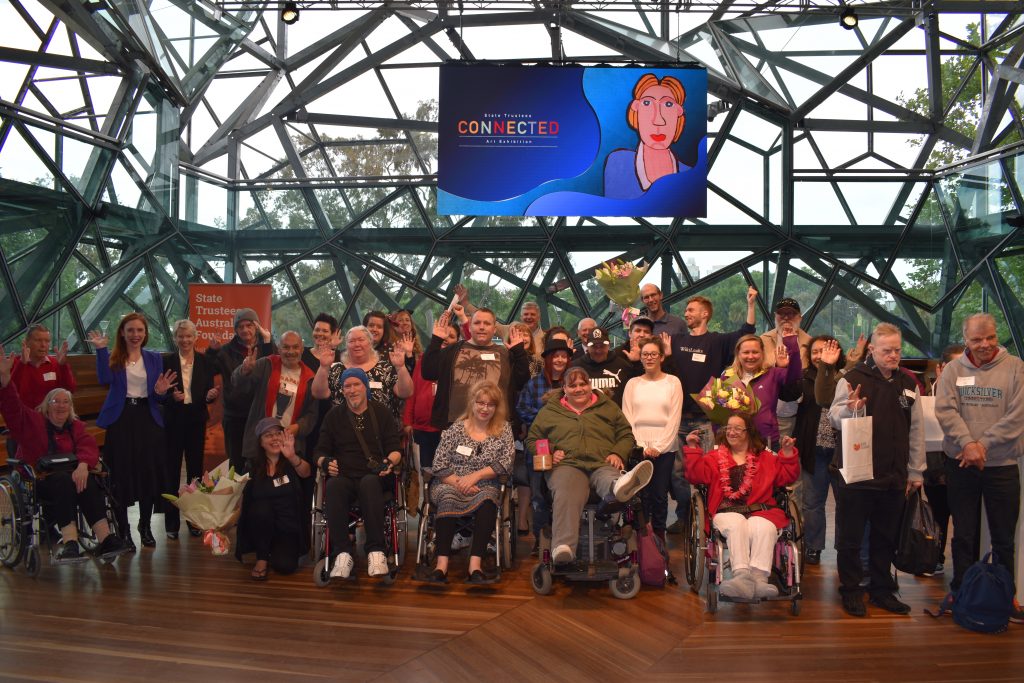 Congratulations to all the artists that participated in the 2019 CONNECTED Art Exhibition. 189 artists from across Victoria submitted works, including artists from Uniting AgeWell, MS society, Arts Project Australia, Access Creative Studios, Nova Arts and other art groups that encourage people with a disability or experience of mental illness to use art to express themselves.

Respected artists David Miller, Harley Manifold and Carla Mcrae reviewed all the submissions and selected 89 of the best artworks which will be exhibited at the Atrium, Federation Square from December 2-14.

The exhibition launch held on December 6 was an opportunity to thank all the artists who submitted work, celebrate the work on display and award $2,750 worth of prizes to the best works.

We would like to thank all who joined us for the CONNECTED Exhibition and everyone who placed a bid on the artworks for sale.

First prize
Our first prize winner is Paul Gable for his artwork ‘The Dictators’. Paul has won $1,000.

Second Prize
Second Place was awarded to Betty Siropolous for her artwork ‘Portrait of a Landscape Artist.’ Betty has won $500.

Third Prize
Third Place was awarded to Emilia Bellegia for her artwork ‘Girl Beneath the Water.’ Emilia has won $250.

Allan Merigan People’s Choice Award is awarded to the most popular artwork determined by vote.

This years’ award goes to Emilia Bellegia for her artwork ‘Girl Beneath the Water.’ Emilia has won $500. 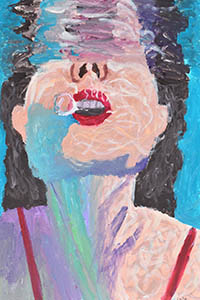 The People’s Choice Award was named after Allan Merigan, who was the manager of State Trustees’ Client Legal team. He passed away in 2008, after a year-long battle with cancer. Allan loved art and was a great patron of the State Trustees CONNECTED Art Exhibition.

From the very beginning, Allan threw his enthusiastic support behind the exhibition, buying many works, which he later donated to State Trustees for the company and our visitors to enjoy. He also made a considerable contribution to State Trustees and the Victorian community in the arena of legal policy, litigation and pro-bono work to support Victoria’s most vulnerable.

The Office of the Public Advocate Prize

The Office of the Public Advocate Award chosen by Victoria’s Public Advocate Colleen Pearce, was awarded to Kylie Steinhardt for her piece ‘Clear Mind’. Kylie has won $500.

The Office of Public Advocate promotes and protects the rights and interests of people with disability, and works to eliminate abuse, neglect and exploitation.

When awarding this prize, Colleen said the idea of helping those with a disability to access things such as the Arts, was something that closely aligned with the Office of the Public Advocate’s goals.